A little while ago a friend of mine took his 16 year old daughter to the doctor as she had been depressed for several weeks following the break up of her relationship with her boyfriend. Perfectly reasonable you would think. What shocked me though was that she had been prescribed two different sorts of antidepressants (one as short term “pick you up” and a longer term SSRI) as well as three months supply of sleeping tablets. Surely this can’t be right?
No matter what your thoughts and feelings are towards prescription medication for depression, for anyone of any age, this just doesn’t seem right does it.
I don’t want to sound like some old buffer droning on about how everything’s gone wrong since my day (although of course it has), but the rate people both young and old are being prescribed antidepressants is quite alarming. The current statistics (I just looked this up on a reputable web site) are that in America roughly 20% of people over the age of 12 (yes, I know!) are taking, or have recently taken, antidepressants. That works out at a staggering 66 million people, nearly the entire population of the United Kingdom who are taking antidepressants. Is it just me, or does this seem very wrong?
I’m not suggesting that we shouldn’t be depressed. Heaven knows there’s enough stuff going on in all our lives right now to make us tear what’s left of our hair out and run for the hills, and never come back. What I’m worried about is that increasingly our first port of call for a whole range of problems, including depression and anxiety, seems to be the family doctor who invariably prescribes tablets. Shouldn’t we try a few other things before we pop the lid and spend the next six months selectively suppressing and increasing our serotonin uptake?
Perhaps we shouldn’t be too surprised by this response to depression when we consider what doctors are trained to do. In most countries medical training to become a doctor takes 5 years and during this time students study three things; the working of the human body, diagnosis and prescription. From the 21 core modules at medical school only 1 is dedicated to mental health, which seems all the more crazy when last year, doctors in the UK working in primary care general practice reported that 40% of their appointments are for mental health issues, predominantly depression and anxiety.
It’s hardly surprising the current response from doctors to depression is to prescribe antidepressant medication, it’s what they do, it’s their job. It’s what they have been trained to do for 5 years, and they will keep on doing it. I just don’t think it should be the first port of call, for all kinds of obvious reasons. Perhaps most importantly because messing with the finer inner working of our brain chemistry often has a dramatic effect and can lead to a whole host of other problems including mood swings, insomnia, inability to concentrate and even suicide. Often the possible side effects of antidepressants can run up to 30 or more different problems, none of which are very nice.
So next time you’re feeling down, before reaching for the nearest doctor as the first port of call have a think about any one of the often mentioned alternatives; exercise, change of diet, talking to a good friend, seeking the help of an experienced counsellor, keeping a mood diary, online counselling, yoga and meditation, listening to music, or even just watching a good movie. There’s a whole host of things out there to consider first which I can guarantee will not have any sinister side effects.
So, before you stuff your medical cabinet full of antidepressants like Fluoxetine, Seroxat, Lustral, Zispin and Prozac check out what else maybe useful for you. Medication has it’s place but should always be the last port of call, not the first.
If you need help of any kind, for any problem, wherever you are, do check out our online counselling page:
https://thelifechangepeople.com/online-counselling/
Thanks for reading.
Alex. 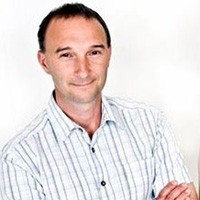 About The Author Alex Gunn

I write about all things connected with how and why we make changes in our lives.

I've worked as a counsellor and teacher for 25 years and latterly as a lecturer for University of Plymouth specialising in motivation and behaviour change.

I spend as much time as I can in Chiang Mai (which I love) and I’m becoming slowly, but surely, obsessed with Thai food and culture.

If you would like to add a Guest Blog Article just let us know.